Packed for the bush

Loaded and ready to depart on its six hour journey to a remote location in Botswana is this entire bush-lodge in light steel frame, packed onto one pantechnicon.

Designed, manufactured and constructed by Futurecon, this light steel frame structure was the ideal solution to fast and efficient construction in a remote location.

“Logistics played a key role in construction of this project situated in the middle of nowhere on a private Big Five game reserve,” said Mitchell Walker, a partner in Futurecon, a company specialising in light steel frame construction. This project comprises a main lodge of some 500 m2 plus four nearby sleeper units of 100 m2 each. “It was crucial that we were fully self-sufficient for the entire construction phase, and that we take everything we need along, down to the last nut and bolt.”

The Futurecon construction team comprising a foreman and 10 staff took up temporary residence in a nearby farmhouse. All clearing work and preparation of foundations was done by hand, including mixing of concrete.

Using portable generators for power, construction progressed apace. Boreholes were sunk to provide water for the team; these will remain in place for future use by the lodge and outbuildings.

Architectural design was undertaken by Robin McIntosh of Intersect Architects, and incorporates creative use of curved walls as well as curved roofing.

“It is interesting to note that a significant amount of additional work has been generated by this project, as other property owners on the farm were so taken with the technology and ease of construction that they have commissioned Futurecon to build their homes as well,” concluded Walker.

Construction of this project started in December 2016 and completes in August 2017.

The limited space on the Spectacle Warehouse site required a raised 405 m2 concrete slab three meters above ground to create space for parking; and construction of the 600 m2 office accommodation in light steel frame atop this slab.

The slab was poured on 15 December and Futurecon began construction of the office section on 1 February. The project was completed in just four months and handed over to the client by the end of May, including groundwork, tarring of the driveways, boundary fences and all aspects of construction. 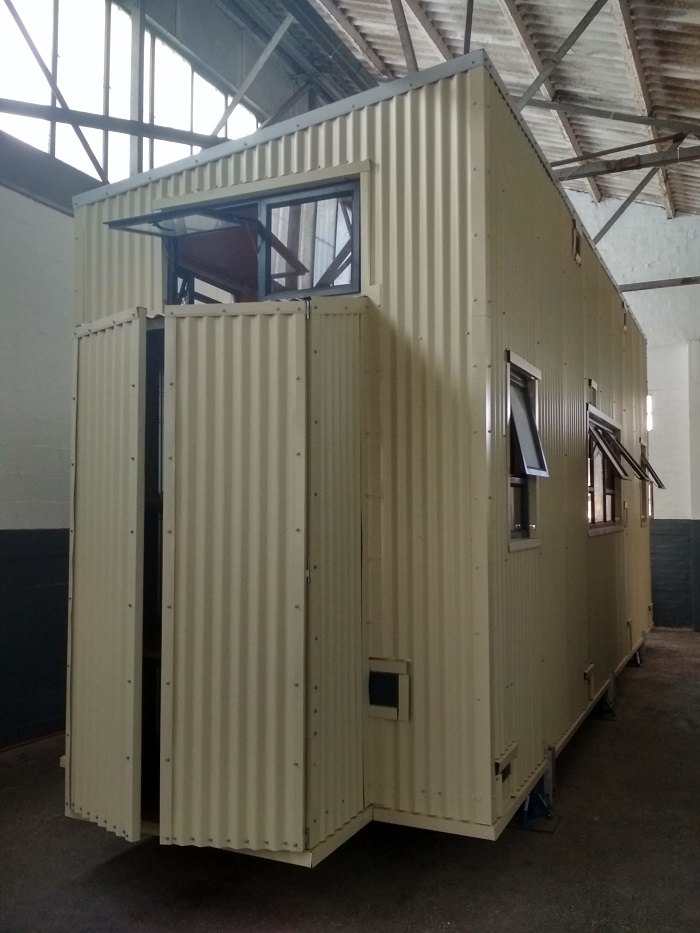 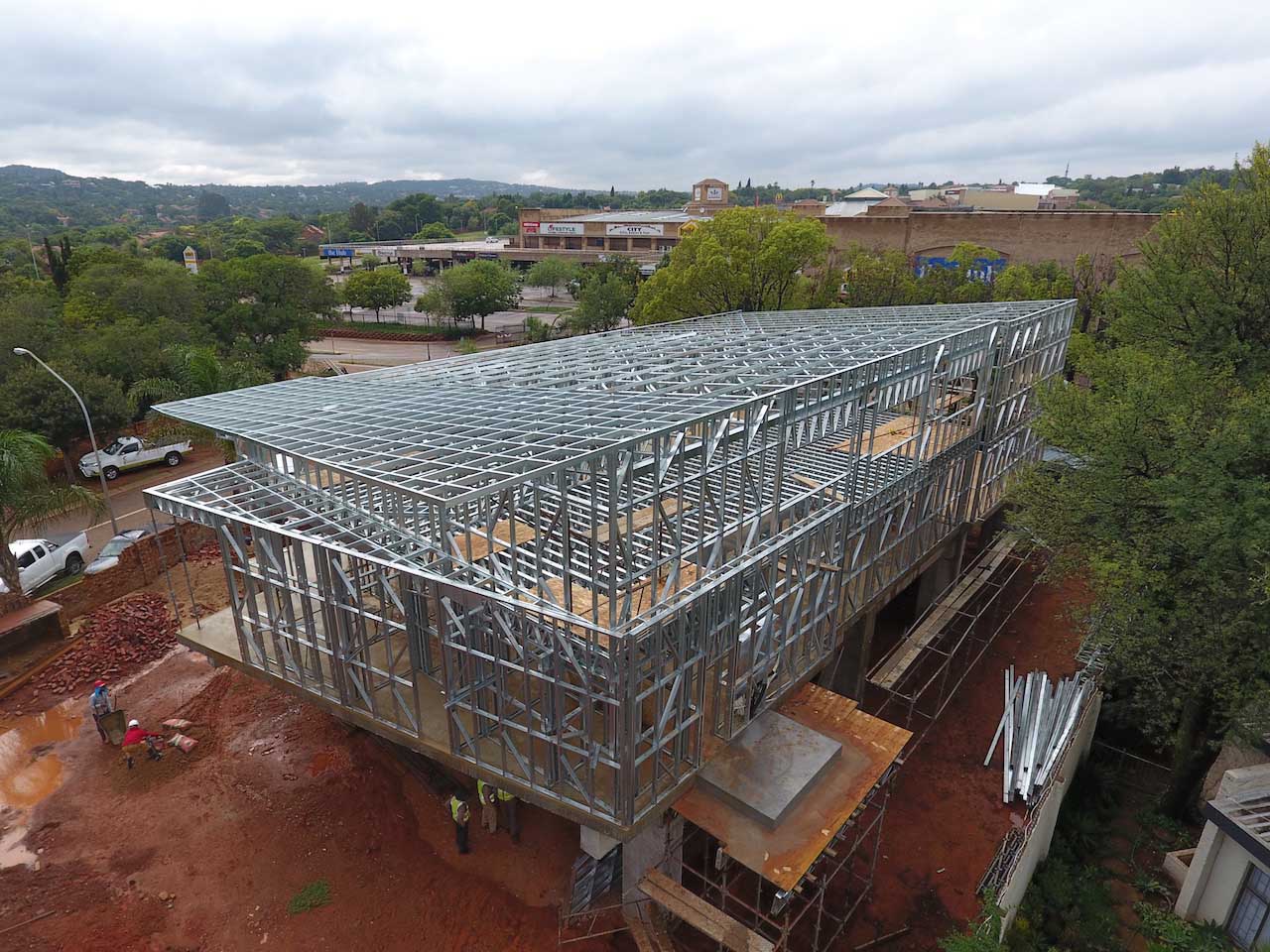 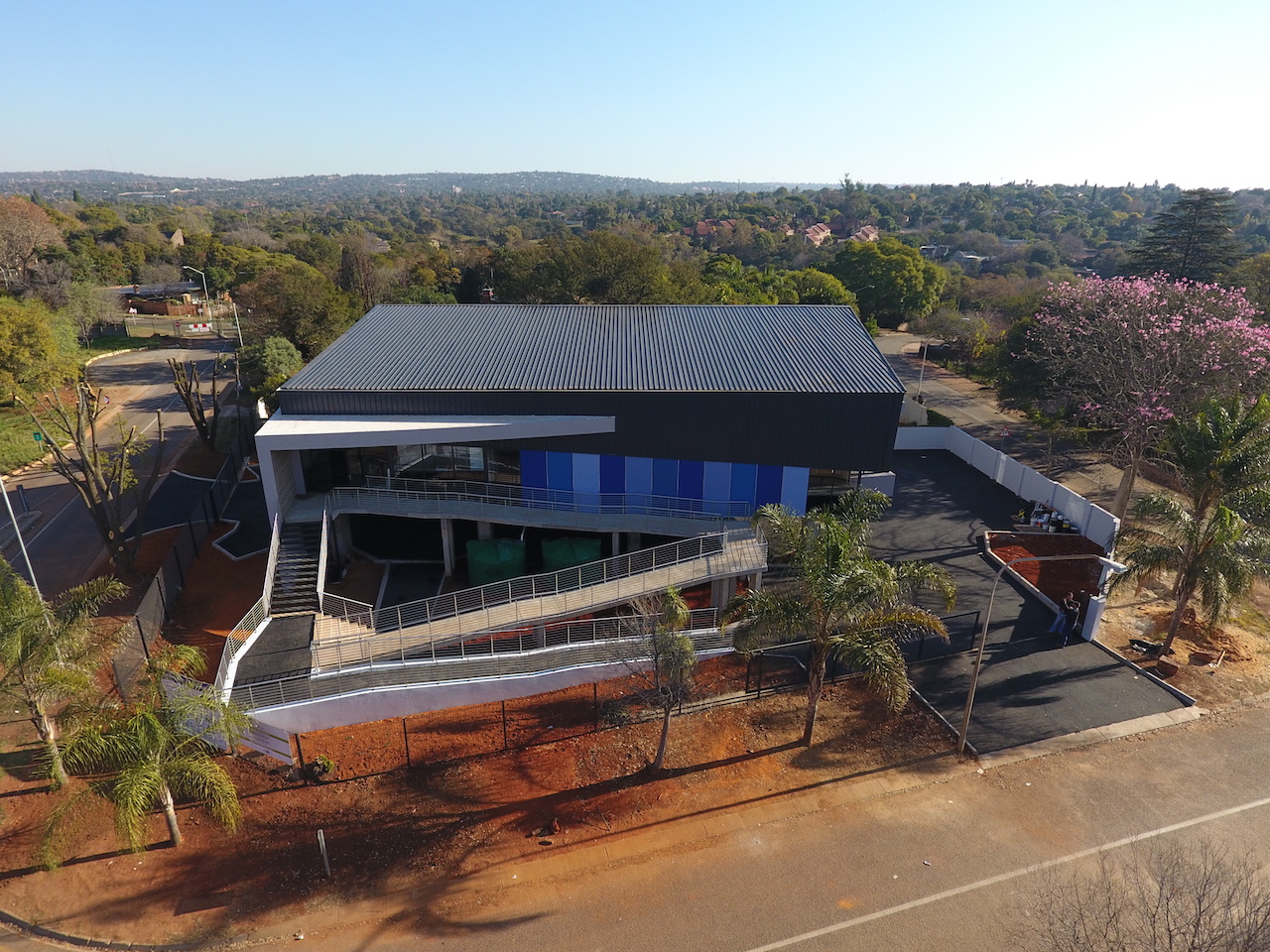